Sacred Museum of the Zamość Cathedral was established in 1987 in the rooms of the former seat of Zamość Chapter deans, known as the “Infułatka”. In 2019, after the completion of thorough renovation and conservation of the “Wikarówka” building, the collection of the Sacred Museum was moved to the historic Vicars’ House, creating an exhibition titled Treasury of History, Art, and Science.

Collegiate church vicars’ house was built in the first half of the 17th century. In 1761 the building was thoroughly remodelled and extended westwards following a design of an architect by the name of Jerzy de Kawe. Throughout its entire existence it has been a home for clergymen and the collegiate church parish workers. During the Kingdom of Poland period the building served as a post office.

The exhibition presents the valuable items collected in the Treasury and the church’s interior since the town and Entailand have been established – Entailers’ gifts, members of the Chapter, professors of the Zamość Academy, nobility, and the patricians of Zamość.

In the years 2018-2019 the building has been thoroughly renovated, and its interior is how housing a multithread exhibition of the history and monuments of the Zamość Cathedral.

The collegiate church was the most important church of the Entailand – the place where each subsequent Entailer was sworn, as well as their final resting place. Through the chronological presentation of the historic monuments, which were for the most part funded by Entailers and their wives, we present the history of the Zamoyski family and the role its members played in the history of Zamość and the Republic of Poland.

The exhibition, apart from thematically grouped items, puts special emphasis on the most important, world class items, such as: Florentine liturgical set funded by Jan Zamoyski in 1601; reliquary housing a scrap of cloth from the Virgin Mary’s garment (beginning of the 17th century), and Marcin Zamoyski’s watch, which is still working despite being manufactured over 300 years ago.

The (as much as possible) chronological layout of the exhibition – from the beginning of the 16th century to the end of the 18th century – allows the audience to track the changes in the form and decoration of arts and crafts items over the centuries.

The south-western part of the Vicar’s House contains a collection of one of Poland’s oldest chapter libraries and a small reading room. The Zamojski Chapter Library was created shortly after the establishment of the Zamość Academy and the Collegiate Chapter in Zamość. From the middle of the 18th century until 1993 its collection has been stored in the former Holy Trinity Chapel at the collegiate church. The collection includes over 2500 old prints (some of which are incunabula), coming from over 100 European publishers. 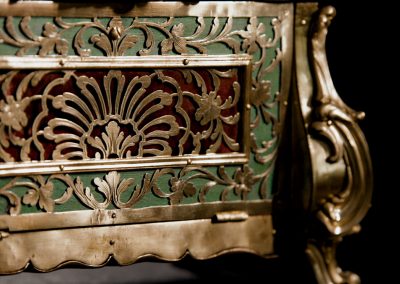 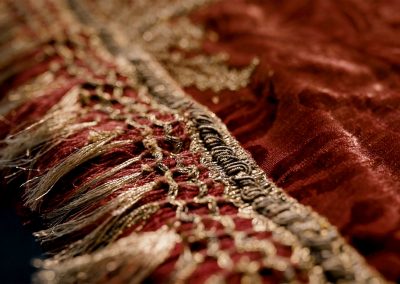 A set of red liturgical robes and textiles 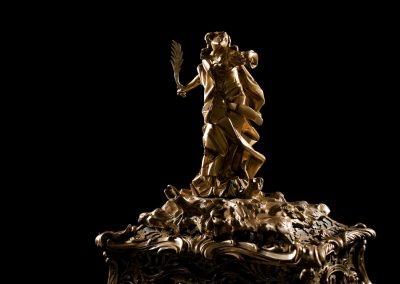 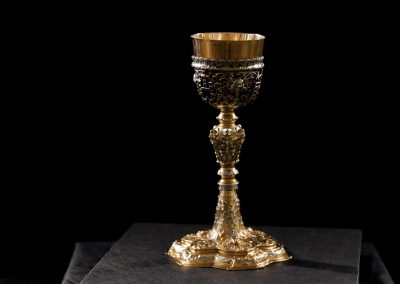 Call Now Button
We use cookies to ensure that we give you the best experience on our website. If you continue to use this site we will assume that you are happy with it.OK